The fire sprinkler system has widely adopted the method to deal with the fire created in houses, apartments and small shops. The setup for this protection method is simple, it consists of a water storage system, some pipes to transfer water, and a setup to maintain adequate pressure and maintain the flow rate in the pipes and the only visible part that is a sprinkler. Though the system was at first deployed in the factories and large commercial buildings. The usage and importance of fire sprinkler system can assume with a stats from a paper. Almost 40 million sprinklers are fitted each other and 96% of the fires can be controlled by this method. 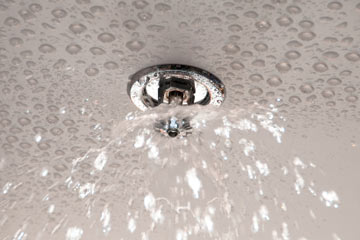 Water sprinklers were first used in the United States back in 1874 and were only installed in the factories at the time. Nowadays sprinklers may be required to be installed in several buildings as per buildings codes. In addition to these rules, certain insurance companies also include in their pact to install the sprinklers in their buildings.

Working of the Sprinkler

A sprinkler looks like a simple light bulb hanging in the middle of the roof. It has a temperature sensitive glass bulb or a part of two metal alloys that are fusible together. Once the temperature of its vicinity rises from the preset values a pressurized tap is raised and releases the pressurized water from the tanks through the whole pipe system. Various kinds of water sprinkler are available these days depending on the type and requirement where these are installed. Some of the most common observed sprinklers are wet pipe sprinkler system, dry pipe sprinkler system, and deluge systems. In dry pipe systems, instead of water pressurized gasses are stored. Gasses are preliminary oxygen and nitrogen. This kind of fire system is installed in the locations where there is a chance of damage from water.

Benefits Of A Smart Home For The Working Professional